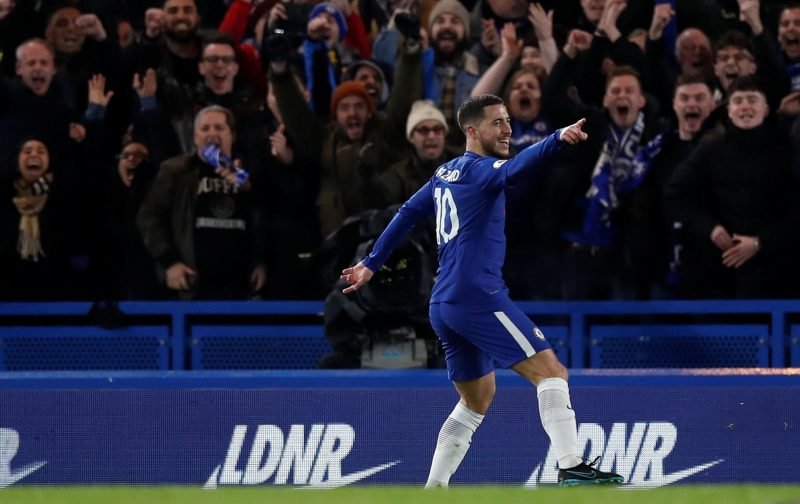 To lose Antonio Conte, at the end of the season, would be a blow that Chelsea may take some time to recover from.

But to lose our jewel-in-the-crown, Eden Hazard would be something that would have huge ramifications.

A Chelsea without the 27-year-old Belgian would be nothing more than a mid-table side, such can be his influence.

But one leading news publication, the Telegraph, is running with the inference that Chelsea may be preparing to sacrifice Conte in order to keep Hazard.

Our source mulls over the theory that Chelsea would willingly pay the £9 million severance pay Conte would be due if it resulted in Hazard putting pen-to-paper on a new contract, rumoured to be circa £300,000 a week.

Furthermore, putting a huge spanner in the works, our source goes on to infer that the relationship between Hazard and Conte is strained and that the Belgian won’t sign a new contract until a more attack-minded coach is in place.

Whilst we are unable to confirm or deny the above, it does seem strange that Hazard even when he’s on a blistering run of form rarely finishes the full 90 minutes before being substituted.

All controversial stuff but, given the choice, which of the duo would you prefer to remain at Stamford Bridge, Conte or Hazard?

Please feel free to air your views in our comments section beneath this article.