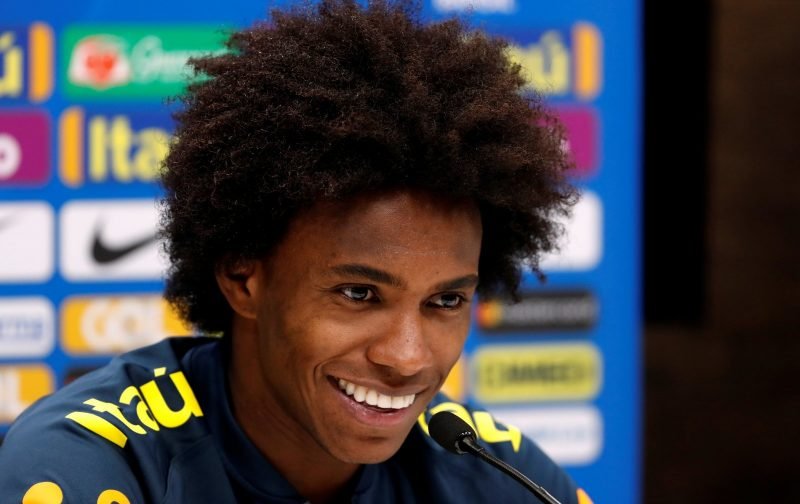 It appears that one of Chelsea’s Brazilian contingent is intent on leaving Stamford Bridge.

We had hoped that following the axing of Antonio Conte and the appointment of Maurizio Sarri, Willian might be persuaded to think again.

But, according to the media source, the Sun, the 29-year-old is still more than keen to move to pastures new.

Aware that there was speculation relating to three of his star players possibly wanting to move away from the club, Sarri had asked that they train with him for a week before coming to a decision, indicating that he believed a week would be sufficient enough for him to show them that he could improve their game.

But, whilst previously, we’ve inferred that we’d be reticent to see Willan leave Chelsea Football Club, perhaps we should also point out that if a players’ heart is no longer with the club then he should be moved on.

As the transfer deadline looms large on the horizon, can you see Willian wearing a Chelsea shirt next season or has his time with the club come to an end?