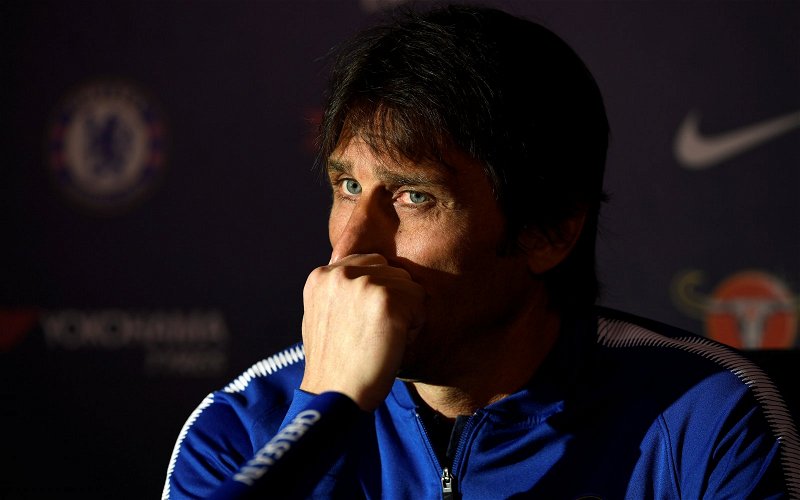 In what has been a difficult week for those that support Chelsea, the weekend is upon us thoughts turn to the action on the field of play. For sure, it`s what Ray Wilkins would have wanted.

As the club prepare to mark Wilkins passing on Sunday, West Ham United will be the visitors on what will be a solemn day for the club. Ahead of the game Antonio Conte has taken part in his traditional pre-match press conference at Cobham. Of course, he was asked about how the club had been dealing with the loss of one of its favourite sons.

‘I think on Sunday, we must be ready to make a great memory to Ray. This will be very important, and then after is the game to play. These are two different situations and it is not right to mix them.

`We must have great respect for this tragedy and then think to play football, to give our best during the game.It was tragic news for us. We are talking about a really good person and I was lucky enough to know him and speak with him many times.`

‘He was a legend for this club and an ambassador for football as a whole. We are sad because it`s very difficult to accept this news. We want to pass onto the family our biggest condolences. I think this is a very big loss.`

Another topic that has received many column inches recently is the future of the manager and his demeanor and attitude. To those watching, he appears to have taken his eye off the ball and lost the sparkle and passion so apparent last season.

Pundits have speculated relentlessly over his future. Someone he knows well though, Gianluca Vialli was quoted on Sky Italia, after the Tottenham game, as saying Conte couldn`t wait to leave Chelsea. Something our current manager was, of course, keen to deny, quotes from The Evening Standard,

`It`s not true. Gianluca is a friend. But I`ve not been talking to him for one year maybe. It`s very difficult for me. Since the start of this season I`ve been listening to a lot of speculation about my future.`

‘The only truth is I`m committed to this club. I have a contract with this club. I am working hard for this club. The other situations are not true.`

Same old, same old. I`d love to believe that, I just can`t, his time at the club is coming to an end. His relationship with the board is untenable. He should have accepted his situation, and despite not liking it, got on with the job of making the players he`s been given better. He reluctance to use the new signings, particularly Danny Drinkwater, indicates a spoilt Italian.

Last week`s defeat all but ended Chelsea`s hopes of a top four finish. Conte had a chance to make changes during the game but decided to not bother until the game was all but over. That was neither proactive of reactive, simply inactive. Maybe someone has spoken to him because he then had this to say,

`We have to try to do everything to try to continue, to fight for a top-four place. It won`t be easy. We have to try to give all ourselves. We must show pride, desire, a will to fight until the end this season. This must be our target now.`

`Everyone must show pride in this moment, a great desire to change the situation, not to complain, not to cry. This is the only way we can be if we are to finish the season in the best possible way.`

It all seems a little too late. But with Tottenham facing a potentially tricky trip to Stoke City, maybe one of our twelfth men, Kurt Zouma, can prevent the Lillywhites from scoring and giving us a chance to pull back three of the eight points needed, it seems improbable though.