Could The Emergence Of Tammy Abraham Have An Adverse Effect On Another Chelsea Striker? 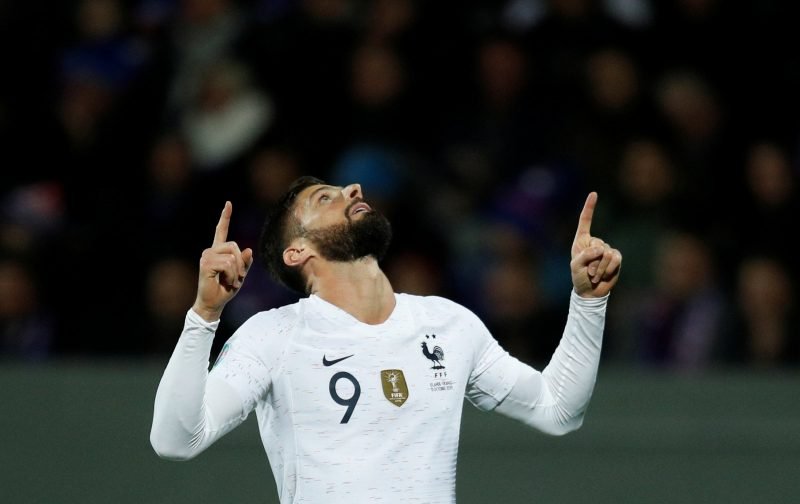 At 33-years-of-age, Olivier Giroud would hope that he’d, with Chelsea, be getting regular first-team action.

After all, it is probably one of the reasons why the French international left Arsenal to join Chelsea.

But, with Tammy Abraham emerging as Chelsea’s first-choice striker, a fact you cannot argue against considering Tammy heads the Premier League scoring charts, Giroud has only started one Premier League game for Chelsea this season, the fixture against Leicester City.

Consequently, whilst away on international duty with France, Giroud hinted that his future may lay away from Chelsea once the January transfer window opens.

It’s a suggestion that is hard to disagree with considering the points made above.

But it would seem, Frank Lampard has sympathy for Giroud for the predicament he finds himself in, with the boss quoted by The Telegraph, as having remarked:

“I love his professionalism. He was bang on when he spoke to me and with his quotes when he was away with France. He shouldn’t be happy and accept not playing. That’s what good players do. I think, as I said to Oli, he will get his games and be a big influence for us.”

But, although Chelsea remain in a plethora of competitions, will Giroud be happy with having to settle for fixtures that are not of Premier League stature?

“At the moment, because of how Tammy is playing, there hasn’t been the minutes, so I would happily sit down with Oli in January. But that is a long way away. I want him here.”

Giroud had a marvellous scoring record in the Europa League last season but with the emergence of Tammy, Lampard could see his wish for Giroud to remain be taken out of his hands by a Frenchman who feels, probably quite rightly, he could get regular first-team football elsewhere.

How do you see this one panning out?

Will Giroud opt to leave Stamford Bridge come January or will he remain?