Departing Chelsea Striker Looks Set To Get His Dream Move 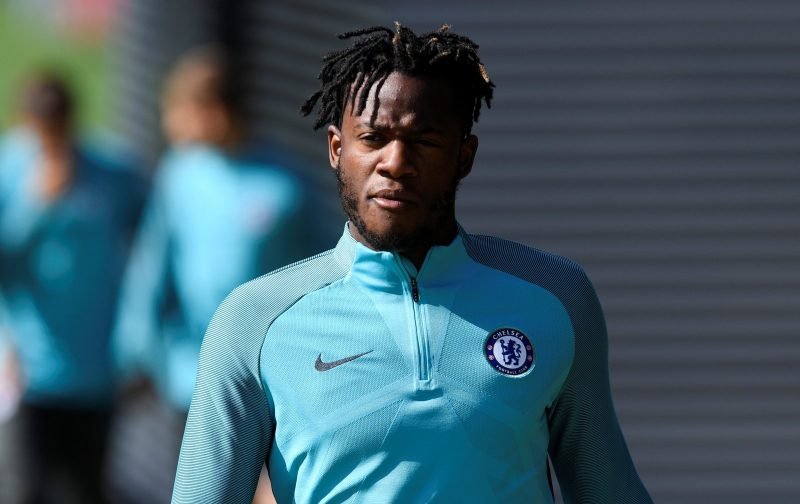 In two weeks’ time, all the hullabaloo relating to the January transfer window will have died down with the window firmly shut until the summer.

By that time we’re hoping that Maurizio Sarri will have been successful in adding to his squad thereby standing us in good stead when it comes to a push for some silverware in the last embers of the 2028 / 2019 season.

We’ll also have a much clearer picture of who and who doesn’t have a long-term future at Stamford Bridge.

One player who doesn’t seem to have a future, at Chelsea, despite costing a small fortune, is Michy Batshuayi.

However, it remains to be seen where the Belgian striker will be plying his trade.

One news source, the Telegraph, is adamant that Batshuayi fancies living the high-life, starring for Monaco, in La Ligue.

Monaco, managed by Thierry Henry, are hoping that they can team Batshuayi up with another former Chelsea player, Cesc Fabregas.

But, although a loan move to Monaco is Batshuayi’s preferred option, according to our quoted source, Chelsea, according to another source, have other ideas.

The tabloid publication, the Daily Star, is of the opinion that Chelsea are looking to sell the striker.

Everton’s plans to loan the player have been scuppered by the fact they already have our French defender, Kurt Zouma, on their books, the rules and regulations prevent them from adding a second Chelsea player.

But, if our quoted source has its facts correct, Chelsea are not willing to let Batshuayi go cheap with a fee of the magnitude of £40 million being bandied.

Unfortunately, my view is that Everton will baulk at that figure, especially when you consider that the 25-year-old, during half a season on loan with Valencia, managed just two goals.

Based on that statistic, I reckon Batshuayi might just get his wish and spend the rest of the season trying to score the goals that will help Monaco avoid relegation from Ligue 1.