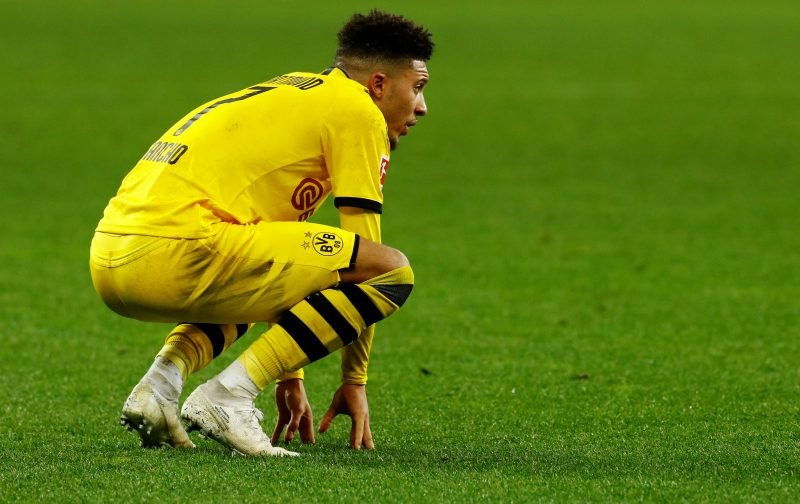 With the Chelsea support wanting their club to bring in a couple of star names while the January transfer window remains open, it appears the club could be forced to play a waiting game.

Yesterday, we reported how any proposed media-driven deal to bring Timo Werner to the club wasn’t going to happen this January: a-chelsea-january-deal-for-timo-werner-could-be-scuppered.

Today, another proposed media-driven target is also looking as if he’s staying put until the summer, at least.

According to Goal.com, the Bundesliga club, Borussia Dortmund, are not even considering selling their highly-rated teenage winger, Jadon Sancho, this month.

The best, if he media speculation is correct, Chelsea can hope for is to seal a deal for Sancho now and then wait until the end of the season for the player to join, mirroring the signing of Christian Pulisic.

It may be not what the Chelsea support wants to hear but patience really is the name of the game as the club looks to build another side that will be among the clubs that win silverware for the next decade.