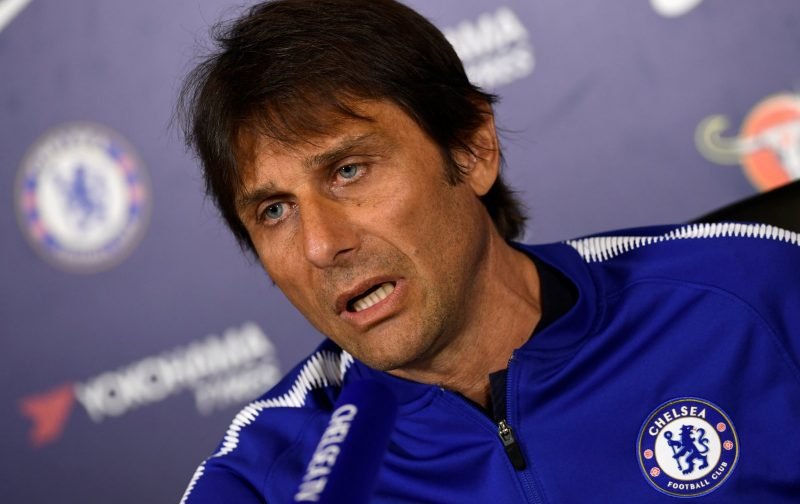 Sunday will see Chelsea play their final Premier League fixture of the 2017 / 2018 season.

It’s not been the season we all expected, or hoped for, back in August.

Our title defence wasn’t up to scratch and, on the last day of the season, we find ourselves needing to win against Newcastle, whilst hoping that Brighton can do the improbable and pull off a last day win at Liverpool, to enable Chelsea to finish in the top-four.

It is, in all honesty, a tall order, especially the Brighton half of the deal.

But, with an FA Cup Final to look forward to, next Saturday, against Manchester United, are things as bad as they initially might seem?

According to Antonio Conte, who could be taking charge of his last Premier League game as the Chelsea boss, they’re not.

Antonio, at his pre-match press conference, ahead of the trip to Newcastle, reminded everyone that his defence of the title isn’t as poor as that orchestrated by Jose Mourinho after he’d landed the title in his second spell at Stamford Bridge, with Antonio remarking to those in attendance,

“We’re struggling to take a place in the Champions League. But we play in a very tough league where there are six top teams fighting for a place.

“Two years ago Chelsea ended the season 10th and not in the final of the FA Cup or semi-final of Carabao Cup. They were eliminated in the last 16 (of the Champions League) against Paris St Germain.”

Is Antonio, ahead of a clash with Manchester United, in the FA Cup Final looking to rankle a certain Jose Mourinho again, it certainly looks to be the case.

Continuing, when pushed about his position at the club, the Italian was giving very little away, further adding,

It’s an interesting point, Chelsea are on the verge of an era, in football, where some crucial decisions have to be made.

With it looking likely that there’ll be no Champions League football next season, Chelsea will have to cut their financial cloth accordingly when it comes to bringing in new faces. There’s also the cost of the stadium redevelopment to consider, a cost that is only going to increase as the project, seemingly, continues to take longer to get started than first anticipated.

Although Conte may plead that this season is better than the last one when we failed to reach the Champions League, Chelsea, for the first time in years, look as if they’re in danger of slipping behind the new giants of the English game, namely Manchester City, Liverpool and Manchester United, probably at a time when they can least afford to.

Is now the wrong time to upset the managerial apple-cart or is it a necessity?

It’s a thought to ponder over is it not?

Please feel free to leave your views on the above subject matter in the comments facility beneath this article.