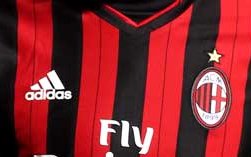 Indeed, some of them, currently doing the rounds on the internet are positively absurd. However, could there be an element of truth in some of them?

First we?ll have a quick look at the absurd. ?Robben to Spurs in January? the headline screams. Apparently, Arjen, who has supposedly fallen from grace in the eyes of Mourinho, is being lined up by Spurs for a January swoop. Obviously, this blatantly ignores the fact that there is no such rift between the manager and the Dutch winger. Obviously, the fact that Robben is struggling to shake of a pelvic problem that affects his hamstring has been blatantly ignored in favour of generating a few sensational column inches. In our opinion this rumour is absolute poppycock.

Secondly, it would appear that Barcelona are taking an interest in Frank Lampard. Quite why this is worth putting into print is beyond us. Frank is a world class player who could hold his own in any team. It?d be churlish for any manager to suggest that he wasn?t interested in Frank. However, the rumours refuse to die simply because Frank?s partner is Spanish. Quite why that fact is sufficient to keep repeating this drivel is beyond us. Frank, in recent months, has reiterated that he is keen to stay at Chelsea and win some more honours.

Sadly, this preposterous suggestion about going to Barcelona refuses to go away. Column inches are being generated suggesting that Samuel Eto?o could be offered in part exchange. Off course, this particular story gathered momentum when Eto?o recently suggested that despite uttering an expletive in Mr Mourinho?s general direction he could perhaps still play for Chelsea one day. As far as this pair of non-starters goes we?ll define it as rubbish and leave it to fester in the bin it deserves to sit in.

Lastly, much has been made of the non-appearance of Hernan Crespo in the last two matches against Real Betis and Manchester United. Already journalists are in overdrive suggesting that Crespo has now had the one chance Mourinho reportedly gives all his players, that his time is up and that he?ll be moved on in the January transfer window. As for the accuracy of this we?d not like too comment, however, something lurking in the background could prove to be too enticing for it too simply disappear over the next couple of weeks.

Roman Abramovich and Andrei Schevchenko have been mentioned in the same sentence on numerous occasions, reports of the Ukrainian international arriving at Stamford Bridge have been rife for too long for it to be just purely coincidence . With Schevchenko keen to play in the Premiership there may just be a grain of truth in the possible suggestion that Crespo may be part of a swap deal for the prolific striker.

Hernan enjoyed his time at Milan and was keen to stay. For some reason the deal never got finalised and he came back, albeit almost reluctantly, to London. The two goals scored against Liverpool in the Champions League Final endeared him to the Milanese supporter?s, the deal could become reality after Christmas especially when you consider Mourinho will be without Drogba who will be playing in Africa. His absence will leave him with only Eidur Gudjohnsen and Carlton Cole unless Crespo starts to tow the line. Could rumour become fact? I guess we?ll have to stay tuned to hear the final instalment in this one, if indeed there ever is a conclusion.