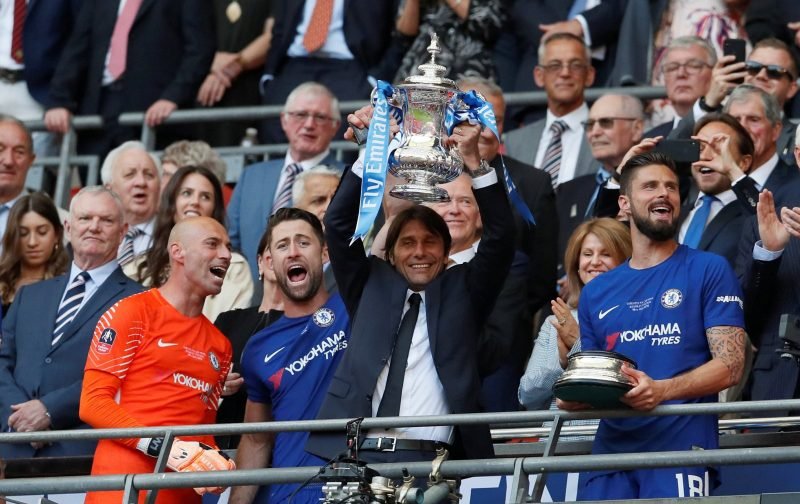 Nothing really surprises me any more when it comes to the manner in which Chelsea axe their managerial appointments.

From Carlo Ancelotti being axed in the Goodison Park corridors for having the temerity to only finish second in the Premier League to Roberto Di Matteo being axed a matter of months after winning the unique double of the FA Cup and the Champions League.

But, with Antonio Conte set to be the latest to clear his desk at the club, we’ve delved into the wonderful world of Twitter to gather together a few thoughts currently being expressed.

First up, is a tweet from the respected journalist Matt Law who poignantly points out just how much Antonio influenced the recent tactics displayed by numerous sides at the World Cup:

Conte’s work during his time at Chelsea was evident at the World Cup – think of all the teams playing with a back three and England converting Walker into the Azpi role. He created a blueprint. I’ll miss him.

A master tactician on a grand scale some might say.

But the manner in which Chelsea have gone about axing the Italian also grates with some, with one tweet summing it up perfectly:

Must admit, Chelsea making Conte take training to then sack him a few days later is hilariously petty. Almost as if him threatening to walk and then turning his phone off for 10 days had repercussions.

Another to offer a view is the former striker Gary Lineker, reputedly the highest paid BBC employee, who tries to add a little bit of subtle humour to proceedings, I’ll let you decide whether he’s successful or not:

Antonio Conte has been fired by Chelsea. Never saw that coming.

But, despite only spending two seasons at Stamford Bridge, Antonio has left his mark in our history books, as the following tweets prove:

Since becoming Chelsea boss, Antonio Conte was the first manager to:

Antonio Conte leaves #CFC with an incredible record ???? His departure certainly seems harsh when looking at stats alone! Is this the right decision? ???? pic.twitter.com/Cr7GTLw8sJ

But, in summing the reign of the likeable Italian up perfectly, it’s hard to beat the following tweet:

Many a manager has walked through these Chelsea doors, and like many before him I’ll remember Conte for the success he brought to the club, but also his class and professionalism. He took us from a low place and had the bravery to change our style. Goodbye and good luck.

With a new era set to be ushered in at Stamford Bridge, it remains to be seen whether the board have gauged this one correctly or have made a horrendous mistake, only time will tell.