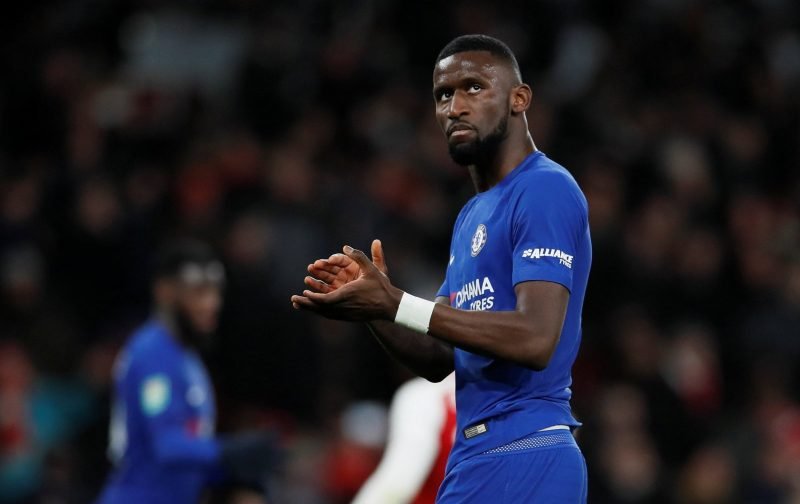 In recent weeks, the club have made moves to tie some of the squad to longer deals.

However, it remains to be seen whether Eden Hazard, amidst all the transfer speculation doing the rounds, decides to remain at Stamford Bridge beyond the completion of the 2018 / 2019 season.

Looking around the current squad, I’d suggest that we’re, probably, only two players short of challenging Manchester City, possibly, next season, for the Premier League title.

But, to sustain a long-term challenge, it is essential that the risk is not run of losing any of the major players in the usual starting eleven.

One such player I’d like to suggest is Antonio Rudiger.

The 25-year-old German international defender has been a rock at the heart of Maurizio Sarri’s back-four but, it seems, according to the news source, the Metro, that there have been no talks relating to a possible contract extension, according to the player himself.

Hopefully, it is something that the club have under their control, otherwise, with the contract of David Luiz already up for renewal and talk of the Brazilian wanting more than the standard one-year deal awarded to those over 30-years-of-age, it’d be churlish to leave ourselves in a situation whereby we could, in a worst case scenario, lose both our first-choice centre-backs, would it not?