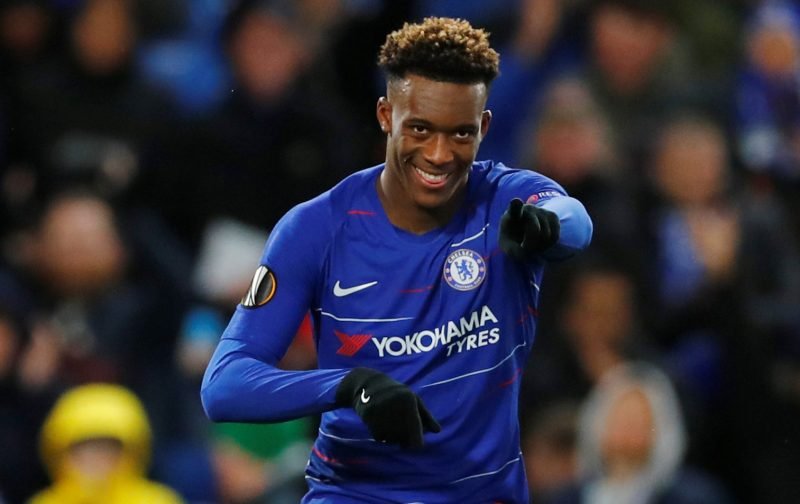 For somebody who is just 18-years-of-age, it’s fair to say that Callum Hudson-Odoi has generated a fair amount of column inches over the last seven or eight months.

Today, Hudson-Odoi’s name once again crops up in the mainstream media with The Daily Mail, inferring that the winger is close to agreeing on a new deal with Chelsea that would see the teenager put pen-to-paper on a five-year deal that would see him pocket circa £100,000 a week.

Currently injured, recovering from an Achilles tendon problem, Hudson-Odoi is seen by many as one of the most talented teenagers to have come through the Chelsea ranks in recent years.

As a result, many of the previously mentioned column inches, in the media, have discussed the possibility, probability of Hudson-Odoi joining the Bavarian giants of Bayern Munich.

Hopefully, this latest piece of news relating to his future is spot on, Hudson-Odoi has a great future in this wonderful game of ours and will, mark my words, prove to be a great asset to the club as Frank Lampard looks to build a new Chelsea dynasty.

I, for one, will be hugely pleased when pictures of Hudson-Odoi signing his new deal are published by Chelsea Football Club, let’s hope it is very soon.