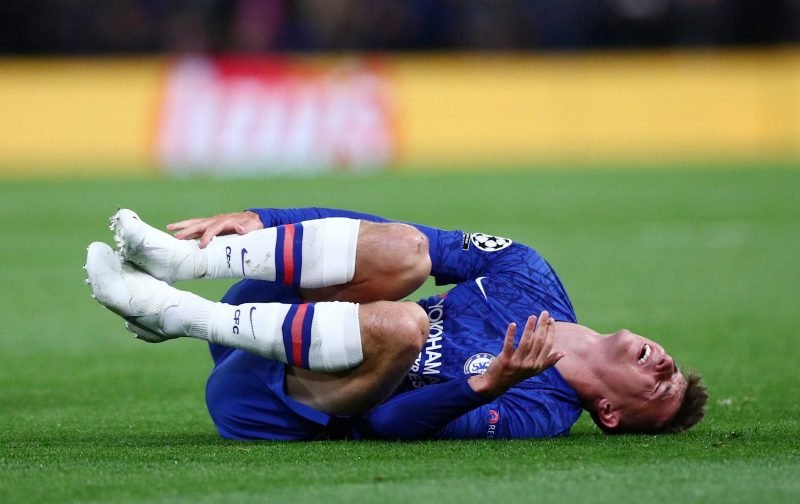 If losing at home to a Valencia side who were nothing special was a bitter pill to swallow, last night also saw another member of the starting eleven pick up an injury thereby adding to Chelsea’s growing injury list.

Mason Mount, after an awful challenge from the former Arsenal player Francis Coquelin, limped off with a damaged ankle midway through the first half.

The 20-year-old, who has been a mainstay of the Chelsea midfield this season and who has been rewarded with an England cap, is now rated as very doubtful for the important Premier League clash with Liverpool this Sunday.

Mount now joins an injury list that currently includes Reece James, N’Golo Kante, Callum Hudson-Odoi, Antonio Rudiger, Emerson and Ruben Loftus-Cheek, a total of seven players that many would include in their starting eleven.

Mason will have a scan on his injured ankle later today and the Chelsea boss, Frank Lampard, as reported by The BBC, was giving very little away when it came to the extent of the injury, remarking:

“We have to assess it over the next 24-48 hours to see the scale of the injury.

“We don’t know how bad it is. It is an ankle injury and it is a shame. He’s been playing so well and he started well tonight.”

Fingers crossed that the injury isn’t as bad as it first looked.