Another Chelsea Striker Is Surplus To Requirements 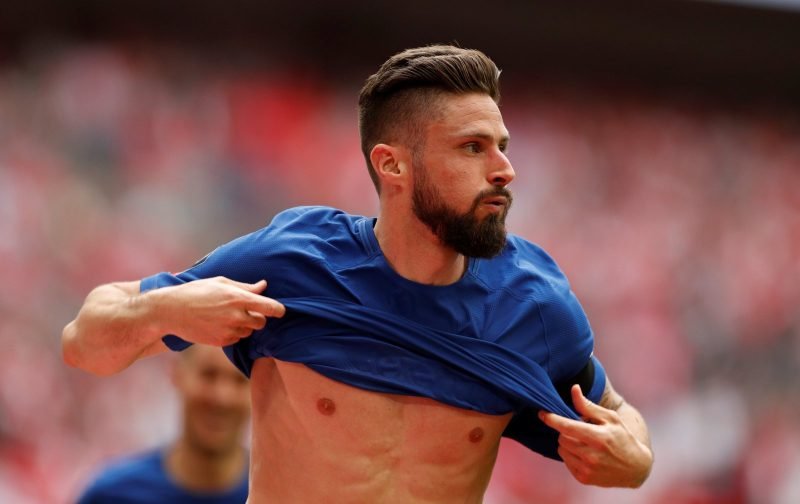 Yesterday, in an article,Click Here, we commented on how Chelsea, in the chase to land the Argentine striker, Gonzalo Higuain, were keen to involve Alvaro Morata as part of the deal.

The suggestion wasn’t greeted with much enthusiasm in the comments facility beneath the article, with most who left their view wondering why we were sacrificing a young striker to bring in a striker who is approaching the veteran stage of his career.

However, today, continuing on the striker theme, there is the possibility, according to the tabloid source, the Mirror, that the club are also open to selling Olivier Giroud, just six months after he was signed from Arsenal, in the January transfer window.

If that is the case, even more so with Giroud having signed a three-year deal, we can only surmise that Maurizio Sarri has run his eye over the squad and already told the hierarchy who they can dispense with.

But, what’s your view on the subject matter?

Would you sanction the sale of Giroud if you were in charge or do you believe he has a future at Stamford Bridge?

Please, feel free to leave your view in the comments facility beneath this article.