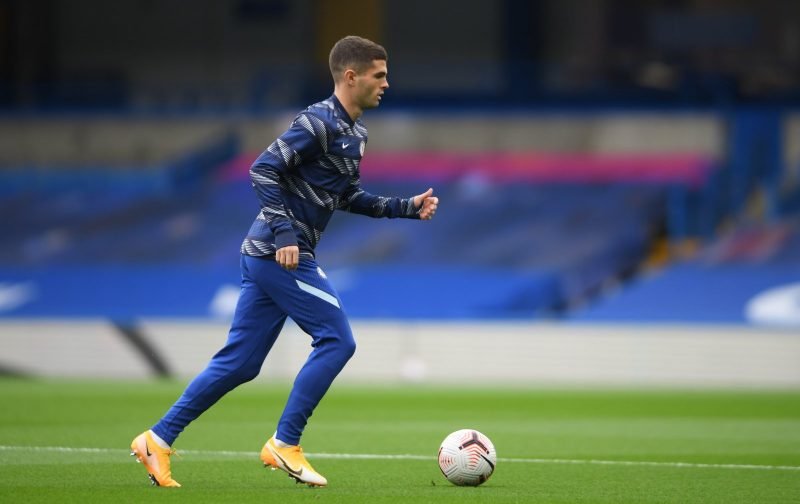 Named in the starting eleven this afternoon, for the Premier League fixture against Burnley, it was disappointing to see our American star, Christian Pulisic, not actually start.

Following the warm-up, ahead of the kick-off, Frank Lampard had to make a late change, replacing Pulisic with Timo Werner.

The reason for the late change was that Pulisic had picked up an injury with Frank explaining, as reported by The BBC:

“He felt something on his hamstring. We tried to manage him in midweek, but we’ll see what happens in the next 24 hours. We’re talking minor, nothing serious.”

Hopefully, that will be the case, Pulisic has been unlucky with injuries as demonstrated by the hamstring problem that caused him to limp off in the 2020 FA Cup Final against Arsenal.

Now whether Pulisic will be available for the Champions League game, against Rennes, remains to be seen, it may be preferable to leave him resting until the game, next weekend, against Sheffield United.