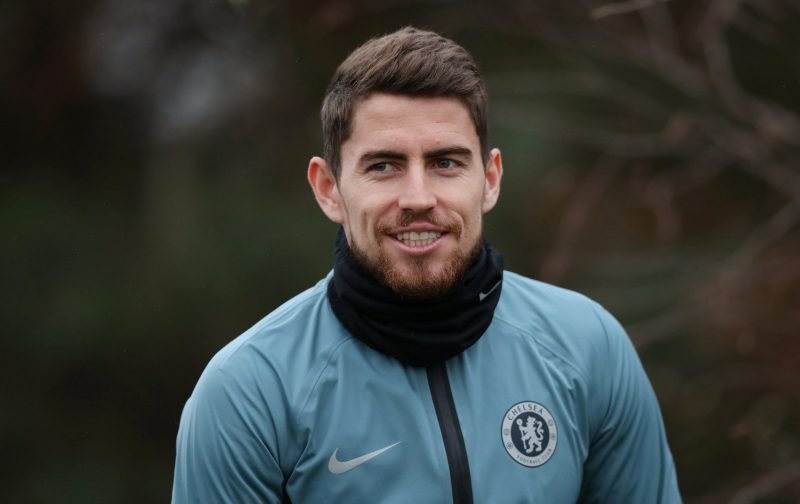 When Maurizio Sarri took over the managerial hot-seat from the axed Antonio Conte, the first thing the Italian did was to ensure the club bought his key midfielder, Jorginho, from Napoli.

Jorginho, who cost Chelsea £50 million plus a potential £7 million in possible add-ons, was seen as being essential to the way in which Sarri wanted his Chelsea to play, even if it meant the marvellous N’Golo Kante, a World Cup winner, being moved to a more forward position.

It’s fair to say that Jorginho started his Chelsea career well, his movement of the ball ensured Chelsea played at a pace that Sarri wanted.

But, in recent weeks, it’s fair to say that Jorginho has failed to impress.

The number of passes he makes in a game may still be unequalled by others but they’re all sideways and backwards with very few having any real penetration. It’s also become noticeable that the opposition have quickly worked out that if they press Jorginho then they nullify the way in which Chelsea play.

As a result and looking through numerous social media platforms, Jorginho’s stock amongst the Chelsea support appears to have fallen to an all-time low.

In fact, his very presence in the team is to much for some, as the following posts illustrate:

Yet he won’t learn. I sincerely do not know what Jorginho is offering to that team. A midfielder that is not strong and can’t make a complete pass.

What Jorginho add to your Team , lazy ,soft , no shot accuracy, no killer pass,jes a dead man walking ????

Please can sari tell the whole world what is the contributions of jorghino to the team are?#jorghinoisourproblem

He’s just out of ideas. Jorghino is just useless in the midfield. A weak defensive midfielder.. no key passes..low defensive rate…low attacking rate and because he doesn’t want to bench him he’s forced kante in a position he can’t play. Playing Hazard a false 9. Just messed up

Not working
Jorjinho gives us nothing

But, returning to the point we made about the number of passes, it seems that a certain Rio Ferdinand has also noticed the obvious:

So, our question to you is, would you persist with Jorginho in his current role or, if you were Maurizio Sarri, would you swallow your pride and return N’Golo Kante to his preferred role in the side?