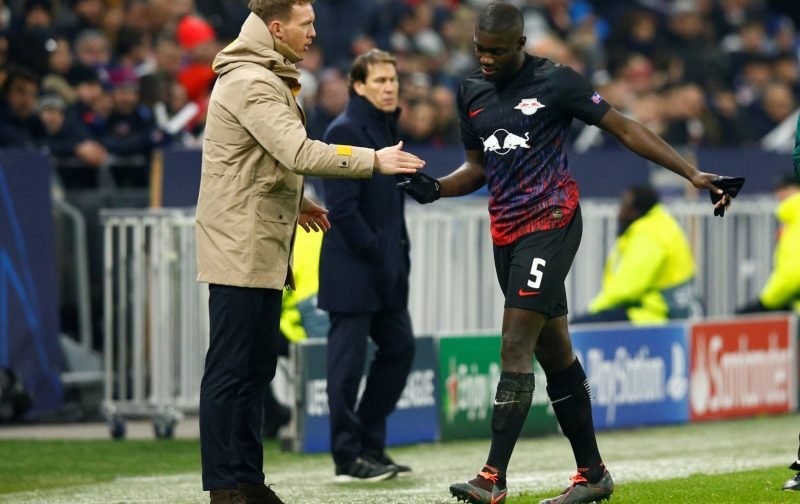 As the summer transfer window draws nearer, although we should point out it is still a fair few months away, transfer speculation relating to whom Chelsea might buy is starting to ramp up.

The last twenty-four hours have seen Chelsea linked with the possible acquisition of a centre-back.

It’s fair to say that Chelsea, despite Frank Lampard trying a variety of combinations at the heart of the defence, have looked vulnerable this season.

According to The Mirror, Frank Lampard is eyeing up a move for the RB Leipzig centre-back – Dayot Upamecano.

Upamecano has yet to make his full international debut but has played for France at every other level.

At 21-years-of-age, the youngster is clearly one for the future but, if he decides to join Chelsea, he’d be following in the footsteps of two other French centre-backs that instantly spring to mind – Frank LeBouef and Marcel Desailly and both of them proved to be fine acquisitions did they not!

Here at Vital Chelsea we’ll keep an eye out for developments and report back as deemed necessary.