Chelsea Striker Set For A Move Across London This Summer 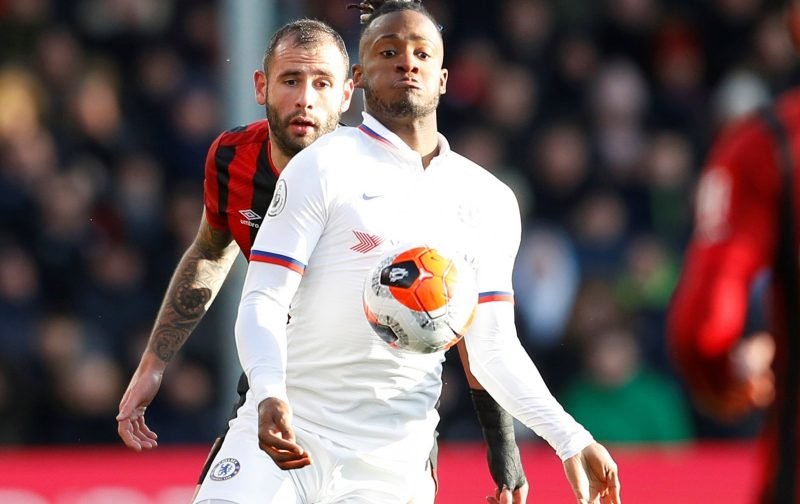 This summer, I’m pretty certain that there will be a big clear-out, at Stamford Bridge, as a major shuffle of the squad is augmented.

One player who must surely be on the list probably headed – Surplus to Requirement – is Michy Batshuayi.

The 26-year-old striker, since arriving from Marseille back in 2016, has failed to secure a regular place in the first team despite being given the chance to impress three different managers – Antonio Conte, Maurizio Sarri and Frank Lampard.

Whilst at Stamford Bridge, the misfiring striker has also been out on loan on a couple of occasions and, according to The Daily Star, a summer return to one of the clubs he has been on loan to could be on the cards.

Our referenced source is suggesting that Crystal Palace are interested in taking Batshuayi on a permanent basis.

While on loan at Selhurst Park, Batshuayi netted 6 times in 13 appearances, probably his best goals per game ratio since becoming a Chelsea player.

However, the deal could rest on what size of transfer fee Chelsea would want for the striker.

Would the price be reasonable, or would Chelsea be looking to recoup most of the money they laid out for the player back in 2016?

That, I’m afraid, could be the biggest stumbling block to this deal going through.