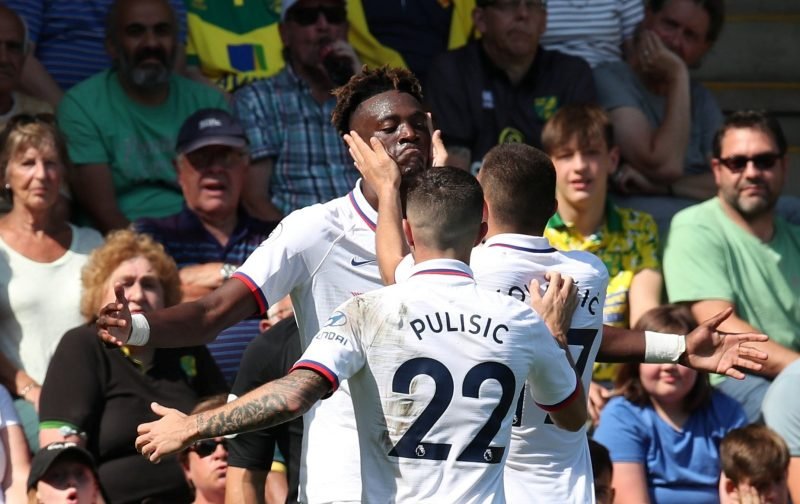 Two goals does not a Premier League striker make but it certainly heralded the arrival of Tammy Abraham on the big stage.

Okay, so I readily accept that Tammy has scored in the Premier League before when he was on loan at Swansea, but that was then, and this is now.

With Chelsea unable to sign a striker we’re relying on those already at the club – Tammy Abraham, Olivier Giroud and Michy Batshuayi.

We desperately need someone to step up and show that they are capable of delivering 15-20 goals this season and I doubt there’s a Chelsea fan out there who isn’t hoping that Tammy is that man.

The 21-year-old has shown he can score in the Championship, whilst on loan with Bristol City and Aston Villa, but now a little older and a lot wiser, Tammy has the golden opportunity to succeed where a long list of centre- forwards have failed at Stamford Bridge.

Frank Lampard certainly has faith in his man, the manner in which Tammy ran to the bench to celebrate with Frank showed that there is a bond between them.

Also, it appears the club has the utmost faith in Tammy with The Telegraph reporting that following his brace, away to Norwich City, at the weekend, steps are being taken to award Tammy with a new contract that would double his current £50,000 a week salary.

There’s still a long way to go before Tammy becomes the finished article but with a little luck, I’m confident that Tammy will get there, how about you?