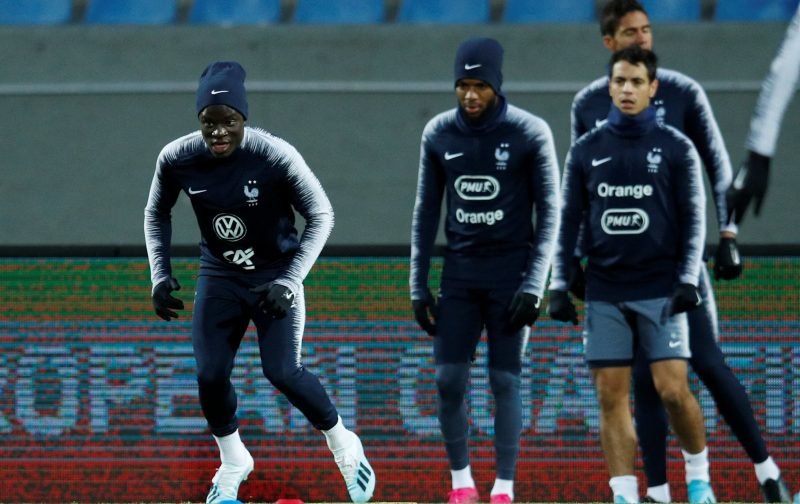 We are in that strange period whereby, once again, the Premier League is put on hold to accommodate international football.

Although it is always an honour to see those who normally play in blue represent their countries, there is always that nagging fear that one, or some, could return to SW6 injured.

Last night (Friday), it appears that fear could well have been realised.

Supposedly set to play for France, in a European Championship qualifier, against Iceland, N’Golo Kante got no further than the warm-up before being withdrawn from the starting eleven with the former Chelsea player and now the manager of France, Didier Deschamps, declaring that the influential midfielder had picked up a muscle injury.

However, it remains to be seen how serious the injury is with Chelsea supporters offered hope that it isn’t too bad, courtesy of The Mirror, which reports that Kante was withdrawn from the game merely as a precaution.

I’m guessing the acid test as to how serious the injury is will come when Deschamps selects his starting eleven for the fixture against Turkey, on Monday.

If Kante isn’t selected, then the medical staff at Chelsea will be keen to get the layer back to Cobham to work on the injury and hopefully get Kante fit for the weekend fixture against Newcastle United.

As for the game itself, last night, France won the away fixture 1-0 with the goal coming from the penalty spot, in the second half from none other than Olivier Giroud who netted his 37th goal for his country.