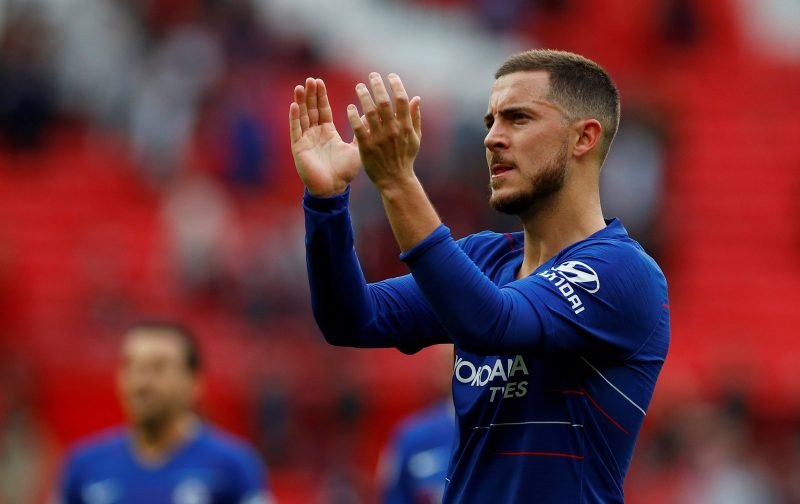 Lurking in the pages of a very familiar red-top publication is something that gives us food for thought.

Whilst we’ve all been hanging on to find out whether Eden Hazard could be remaining at Stamford Bridge or, as seems the more popular option among the readership, leaving us for Real Madrid this summer, was the deal always a formality?

According to the Sun, Hazard will be leaving Chelsea this summer as it was agreed with the club hierarchy last summer that if Hazard stayed one more season then he would be free to move to the Bernabeu this summer.

Our quoted source goes on to suggest that nobody is denying this deal was struck, however, it seems that, quite rightly, Chelsea are not prepared to lose their jewel-in-the-crown on the cheap.

Our referenced source implies Real Madrid have offered Chelsea a fee of £67 million which falls well short of Chelsea’s evaluation of the 28-year-old Belgian international.

No doubt there will be some serious negotiations going on in the next few weeks but, here at Vital Chelsea, I wouldn’t be in the least bit surprised if Hazard were to leave and with Chelsea not receiving a penny more than £75 million!

At 30+ Is It Time For This Chelsea Defender To Be Moved On?