An intriguing side-effect of the current suspension of the 2019 / 2020 season has surfaced in the last 24 hours.

With there being no clear indication of when the 2019 / 2020 season will end and when the 2020 / 2021 season will start, there is confusion relating to when the summer transfer window could close.

As a result, it is being reported by The Express  that it could very well stay open until January 2021.

Whilst that idea may sound alien our referenced source explains that FIFA has established a working group looking into the complications the COVID-19 pandemic has brought.

Discussing the groups’ aims, a spokesperson, as reported by our referenced source, is quoted as having remarked:

“On 18 March the Bureau of the FIFA Council decided to establish a FIFA-Confederations Working Group in response to COVID-19.

“This Working Group will assess the need for amendments or temporary dispensations to the FIFA Regulations on the Status and Transfer of Players’ to protect contracts for both players and clubs and adjusting player registration periods.”

Our quoted source also implies the idea has already been discussed by EFL clubs and that the Premier League finds the suggestion intriguing.

Quite how such a change in the regulations would work remains to be seen.

Would clubs add players to their squads throughout the opening months of the season and indeed would it allow clubs who have started the season poorly to bring in fresh talent?

My view is that as long as the clubs obey the Financial Fair Play regulations it is a bold move, if implemented, that could prove to be the way forward.

But what are your views on the suggestion?

Would You Support A FIFA Introduced Extension Of The Summer Transfer Window Until January 2021? 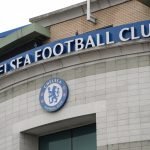