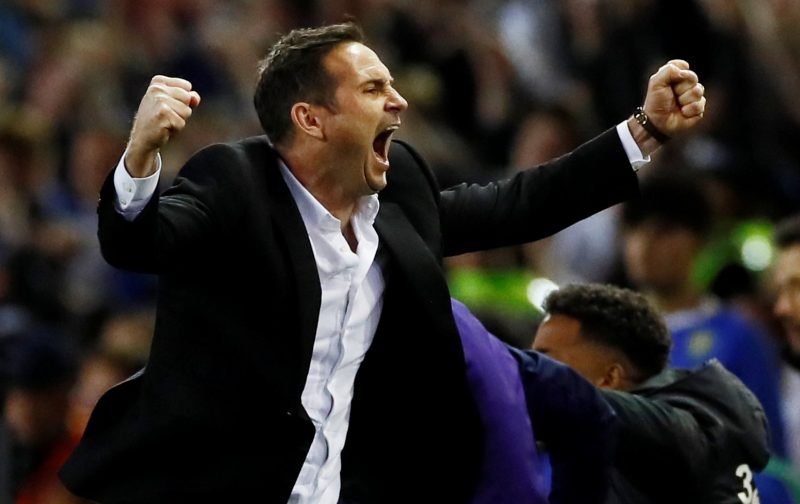 Although a contract has yet to be officially signed, it seems very likely that Frank Lampard will be announced as the next manager of Chelsea Football Club.

The Sun is this morning championing the suggestion that the Chelsea legend will sign a deal that will see him become the boss of the club where he enjoyed so much success as a player, as early as next week.

Our referenced source also implies that Lampard will sign a three-year deal on the same financial terms as his predecessor, Maurizio Sarri.

As part of the deal, Lampard will bring Jody Morris, Shay Given and Chris Jones to the club to fill the assistant, goalkeeping and fitness coach roles respectively.

It is a move that, although Frank is only one-year into his managerial career will delight the Chelsea support.

Frank’s legendary status, as a player, will ensure he receives a rapturous reception from the Stamford Bridge faithful which could well result in a prolonged settling-in period that others may not have been allowed.

But Chelsea are a club driven by success and Frank knows, following the addition of a third piece of silverware, in three years, last May, the pressure will be on him to keep that momentum going.

However, I get the feeling that although the club hierarchy want this success to continue, Frank could well be cut some slack.

But and this is where we’re looking for your input, what would be the minimum for Frank to achieve this coming season to keep the clubs’ hierarchy happy?

Please feel free to drop your viewpoint on the above subject matter into our comment facility beneath this article.