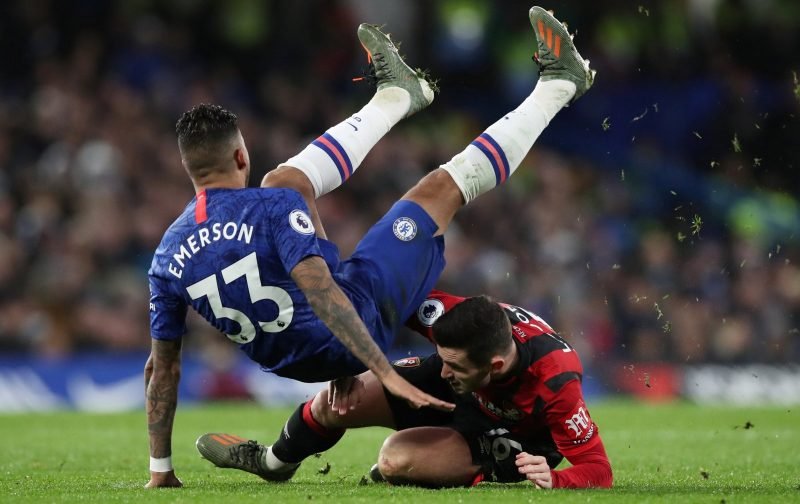 Earlier in the season, there was a spell where it looked very much as if Frank Lampard had decided that Emerson Palmieri was his preferred choice when it came to left-back.

However, that doesn’t appear to be the case now with it expected that, as we reported earlier this week – two-top-notch-left-backs-linked-with-summer-move-to-chelsea – Chelsea are set to enter the transfer market to bring a left-back to the club.

With that being the case, there has been increasing speculation regarding the future of 25-year-old Emerson.

Back in January as The Express points out, it appeared that Emerson was set to move to Juventus to be reunited with our former boss, Maurizio Sarri.

However, our referenced source reports that Chelsea rejected a bid for the player.

But, undeterred, our source is now reporting that the Italian club are set, this summer, to make an improved offer for the player with a figure of £25 million mentioned.

Will that kind of money be sufficient for Chelsea to wave goodbye to the Italian?

My belief is that it is a deal that will get done.

Please feel free to air your view in the comment facility beneath this article.