Mounting A Case For A Chelsea Future For A Promising Youngster 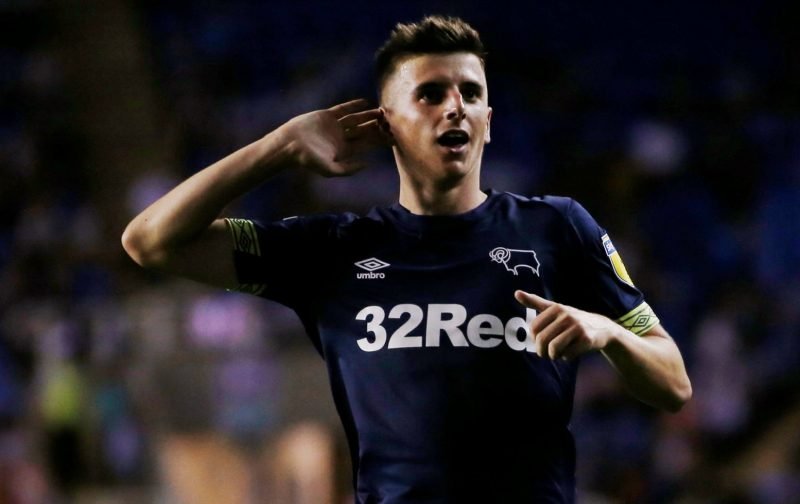 I’m probably not alone in fearing that Chelsea will not be given any leniency when it comes to further appealing against the two-window transfer ban.

If that be the case then Maurizio Sarri, or whoever will be in charge next season, will have to make do with the squad at their disposal, a squad that will include the thirty plus players who are out on loan.

One of those thirty-plus players is Mason Mount, a 20-year-old midfielder who has shown that going out on loan can be a worthwhile experience with the player making such an impression that the insinuation is being bandied about that he could gate-crash the Chelsea first-team next season.

Mount, on loan at Derby County, in the Championship, has benefitted enormously from working under the managerial acumen of the duo of Frank Lampard and Jody Morris, making 27 appearances and scoring on 5 occasions. Those figures could well have been higher if the youngster hadn’t of been sidelined through injury.

But, being so successful whilst out on loan; does have its inherent problems.

Speculation, as confirmed by the local media source, the Derby Telegraph, is suggesting that the Bundesliga side, RB Leipzig, are looking to acquire Mason’s services for next season.

However, Lampard, when asked by the same source about the player he’s helped nurture this season and his future, our all-time top scorer is quoted as commenting on whether he should choose Leipzig or Chelsea:

“That’s his call. It depends on how Chelsea see it, and how he sees it, and what’s the best plan for him.

“I think what we can say is the year he’s had – he’s had a great year – has put him certainly one big step further up the ladder.

“So the choices will be good choices for him.”

No doubt Mason will be wary of how little an opportunity Ruben Loftus-Cheek and Callum Hudson-Odoi have been given when it comes to first-team opportunities this season, but with a transfer ban in place it’s fair to say that an opening for a place in the first-team may present itself, an opening that Mason could grasp and make it hard for him to be excluded.

However, the choice may be taken out of his hands with the club deciding one more year, out on loan, would be their preferred option.

Whatever the outcome, here at Vital Chelsea, we’re sure Mason Mount has a glittering future with Chelsea Football Club.

Chelsea Linked With Two Strikers, One A Star And One Who Is Going To Be A Star