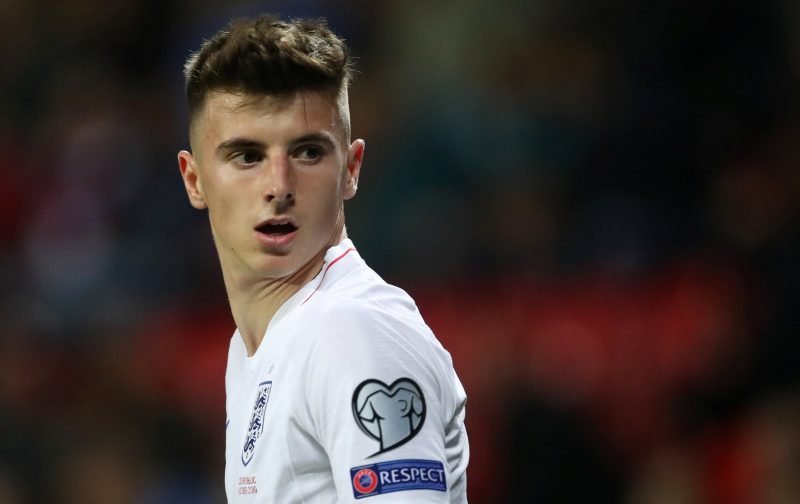 A year ago, Chelsea’s Mason Mount was out on a season-long loan with Derby County.

The young Chelsea midfielder, on the back of a successful loan spell with the Dutch club, Vitesse, was given a chance to shine in the Championship.

Mount, in going out on loan to Derby knew he was going to have a good tutor to help improve his game with Frank Lampard in charge at Pride Park.

Fast forward twelve months, until the present day, and it’s fairly obvious that Mason has enjoyed an incredible change in fortune.

Not only is Mason now a regular in the first team, at Chelsea, but, last night in Prague, Mason made his debut for England, being given a similar role to that which he plays for Chelsea.

Sadly, despite Mason playing a part in England’s goal with a defence-splitting pass, the game was to end in defeat for England, with the Czech Republic winning 2-1, courtesy of a late goal.

But, although Mason’s international debut ended in defeat, the 20-year-old, would have laid on his bed last night chuffed to bits at how his career has gone in the last twelve months but also knowing the hard work has only just begun if he is to continue his meteoric rise to fame.