The Latest On The Ongoing Eden Hazard Condundrum 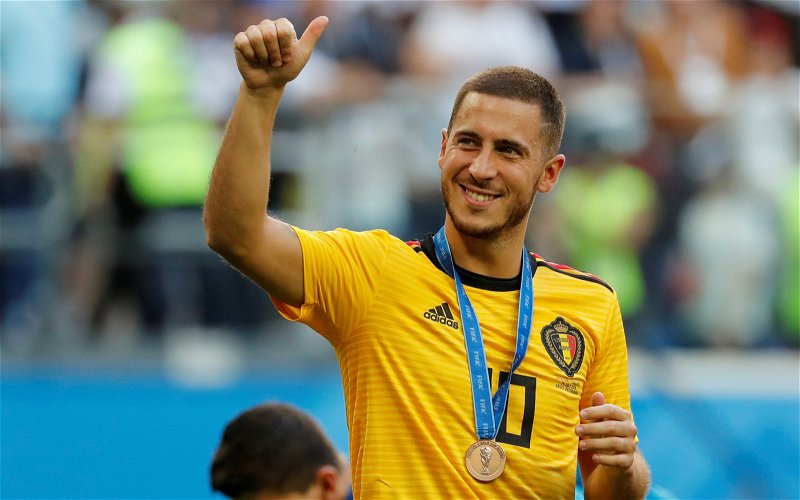 If Eden Hazard really does have aspirations of joining Real Madrid before the European transfer window closes, at the end of August, then it looks as if the Belgian international is set to be disappointed.

With Chelsea asking for a transfer fee of £200 million, which would be close to a world record fee, the respected news source, the Express, are reporting that the Spanish giants are set to abandon the chase for the 27-year-old, refusing to meet Chelsea’s valuation of the player.

Continuing, another news source, Sky Sports, is reporting that Real Madrid have no intentions of signing a ‘Galactico’ this summer with their new boss, Julen Lopetegui, looking to further the careers of two stars currently in the squad, Isco and Asensio.

Elsewhere, and also relating to our jewel-in-the-crown, the Daily Mail, is reporting that in an effort to keep the player at Stamford Bridge, Maurizio Sarri is considering offering Eden the captains armband, following in the footsteps of some very esteemed legends that have worn the blue shirt of our famous club.

Personally, considering the way the speculation is being reported in the last forty-eight hours, my views that it is more likely that Hazard will stay at Chelsea as opposed to leaving but, as for the captains armband, I’m not sure he’s vocal enough to be the correct choice, but is that a view you agree with or disagree with?

Please feel free to drop your views into our comments facility beneath this article.

Here at Vital Chelsea, we’re sure there is more to follow and we’ll endeavour to keep on top of things and report back as deemed appropriate.