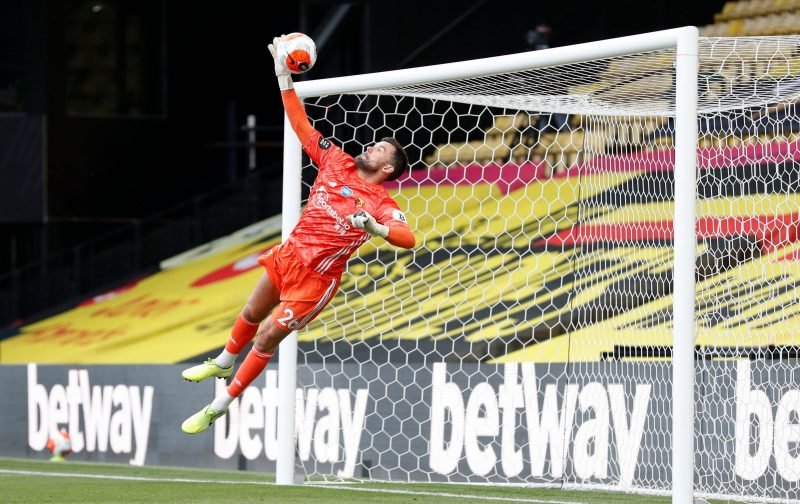 Yesterday, here at Vital Chelsea, we scrutinised who might be between the posts for Chelsea next season.

Our article – chelsea-switch-their-attentions-when-it-comes-to-a-new-goalkeeper-for-the-new-season – focussed on the media-driven suggestion that Chelsea had abandoned any reputed interest in Jan Oblak, due to the extortionate fee, and were now looking at bringing either Nick Pope or Andre Onana to Stamford Bridge.

However, some twenty-four hours later two more names have appeared on Chelsea’s radar.

According to The Sun, Chelsea are considering making a move to bring the Watford keeper, Ben Foster, to the club.

If that move were to succeed, then it would see 37-year-old Foster vie with 38-year-old Willy Caballero for the green jersey.

But whilst Foster is at the veteran stage of his career his performances, last season, suggest he still has a lot to offer and could be the perfect temporary solution.

While that suggestion is mulled over, we should also mention that the same referenced source suggests that Frank Lampard is also considering offering a deal to his former England colleague, Joe Hart.

Hart, I feel, would be the more controversial choice considering his antics since losing his spot at Manchester City.

If Chelsea, having spent big this summer, are forced to look for an economical buy, would you prefer Ben Foster or Joe Hart?