Chelsea Looking To Spend Big On A Winger This Summer 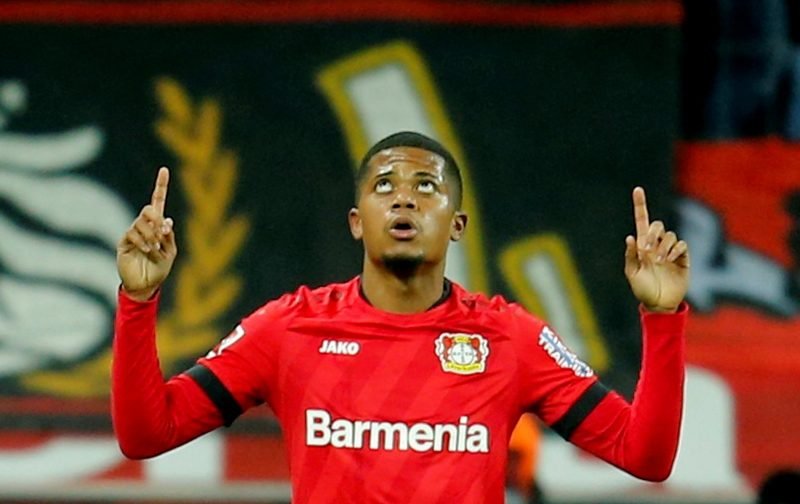 Although the Premier League is in a state of limbo, behind the scenes I’d imagine that it is very much business as usual with the club looking at how to manage their summer transfer window business.

Last summer, courtesy of the FIFA ban, Chelsea were unable to participate in the buying side of the market. This summer we’re expecting the club to be very active to strengthen the squad and give Frank Lampard every opportunity to challenge for the Premier League title.

Today, a very interesting piece of transfer tittle-tattle has appeared in The Express which suggests that Chelsea are going to spend big, very big, on one individual.

According to our referenced source, Chelsea are preparing to make an £85 million bid for the Bayer Leverkusen winger Leon Bailey.

Bailey, a Jamaican international winger was, as our source confirms, watched in action in a recent Europa League fixture.

If Chelsea are interested in signing Bailey it would, to us here at Vital Chelsea, infer that either Willian or Pedro, or both, could be heading for the Cobham exit come the end of the season, especially with Pulisic and Hudson-Odoi already on long term deals at Stamford Bridge.

Is a move for Leon Bailey something that gets your approval?