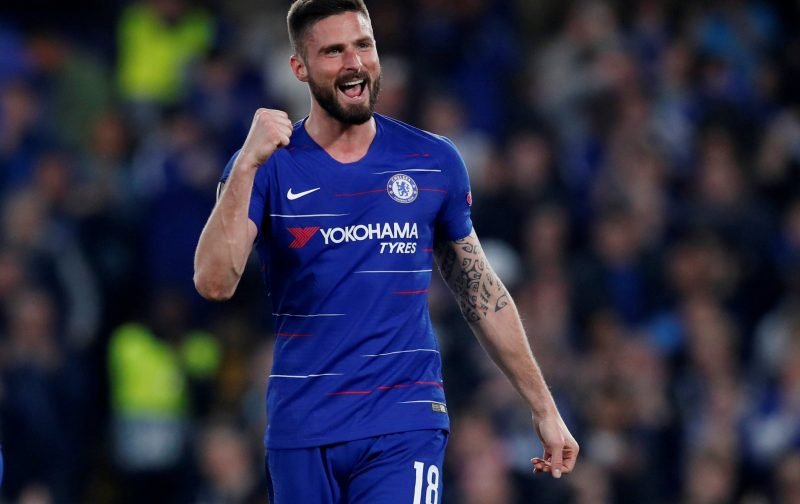 Yesterday, when it came to the immediate future of our French striker Olivier Giroud, the media were inferring that the Frenchman could well be leaving Chelsea Football Club this summer.

In our article, Click Here, we covered how Giroud was frustrated at his lack of opportunities in the Premier League, something he has our sympathy with.

However, it appears that Chelsea are not prepared to even contemplate letting the 32-year-old striker leave the club.

With a two-window transfer ban in force, the news source, the Telegraph, is reporting that Maurizio Sarri, following the sides 4-3 win over Slavia Prague, in midweek, confirmed that the club are to exercise a clause in Giroud’s contract extending his stay for another year with Sarri reported, by our source, as having remarked:

“He is sure to stay because the club has an option for another year, another season. I spoke to the club two days ago and we agreed to exercise the option. So, he will remain.”

If that is the case, let’s hope the striker is, next season, given more of a chance to show what he can do in the Premier League.