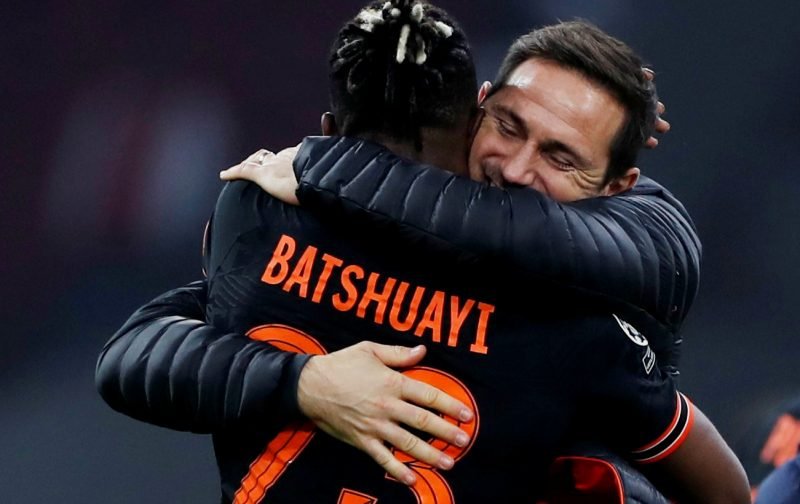 This season, with Frank Lampard giving youth a chance, it was, supposedly, a transitional season.

Chelsea, under Lampard, weren’t expected to grab any silverware but merely start to evolve into a side that could, perhaps, emulate their predecessors.

That may still be the case but after last night, when Chelsea gave a wonderful display to beat Ajax, on their home soil, Lampard has shown that he’s not only going down the right route but could be further down that route than many imagine.

Ajax, make no bones about it, are a fine side. After reaching the last four, last season, many tipped the Dutch outfit to go just as far this season.

But, in a vibrant Amsterdam Stadium, Chelsea showed they had the pedigree to more than match the opposition.

Every one of those who stepped on to the pitch was superb and the night was made complete when Michy Batshuayi got on the end of a cross from Christian Pulisic to smash the ball home off the underside of the bar.

It’s no wonder Lampard was in a buoyant mood afterwards, remarking to the media, as reported by The BBC:

“I’m delighted with every element of the performance.

“I think we’re allowed to be excited tonight. That’s the blueprint. There are no excuses for us now. That’s the standard and we can’t drop it.

“The young players are still babies in terms of Champions League minutes’ so this was a huge test for them.

“There was a good balance of young players and experience. We need to realise the things that made that happen tonight because Ajax are a top, top team.”

It’s easy to get carried away after last night but, here at Vital Chelsea, I’m sure Frank will do his utmost to prevent those emerging youngsters from doing anything other than keep their feet on the ground.