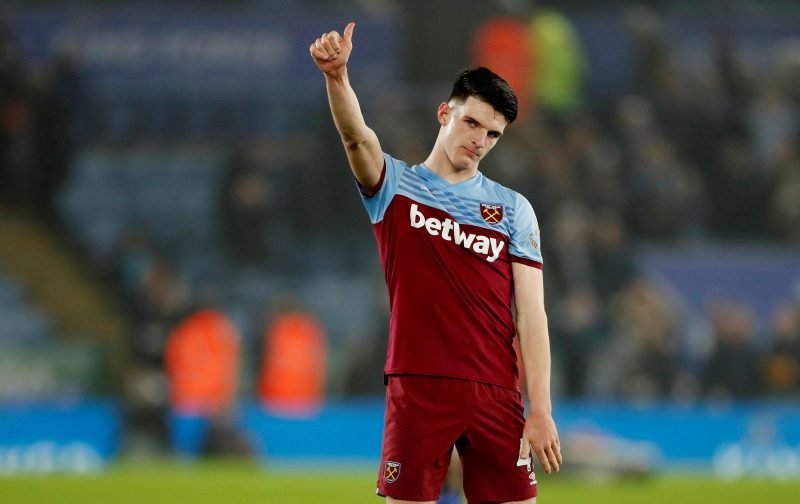 Last week, here at Vital Chelsea, we tackled a subject that can divide opinion.

An article we published – they-say-you-should-never-go-back-but-this-former-chelsea-academy-graduate-would-be-most-welcome – covered Chelsea’s rumoured interest in a player they had previously let go as a youngster, Jeremie Boga.

In the last forty-eight hours’ speculation has surfaced that, this summer, Chelsea are thinking of making a summer move for the West Ham United defensive midfielder, Declan Rice.

Rice, as we’re all aware, has previously been on Chelsea’s books.

The England international joined the Chelsea Academy as a 7-year-old but was released as a 14-year-old.

Quite who decided Rice wouldn’t make it as a top footballer must be kicking themselves now.

But, is this a deal that Chelsea could possibly pull-off?

Personally, I’d be amazed if they did.

Rice is seen, by the Hammers, as an essential member of their side, a player they’re hoping to build a side around.

Also, if West Ham did, reluctantly, agree to a sale, can you imagine the fee the player would command, even more so considering the contract he has with his current club.

I may be wrong, I have been before, but what are your views on this possible deal?