Chelsea Linked With A Move For Arsenal Striker 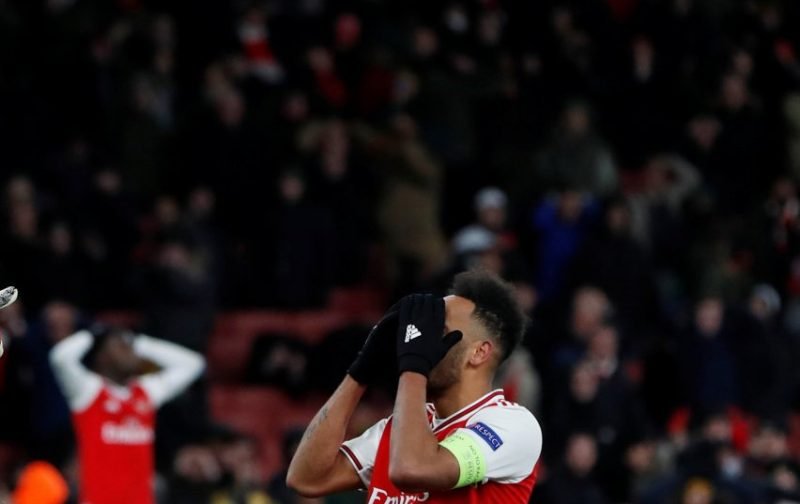 Speculation linking Chelsea with the acquisition of a striker, in the summer transfer window, is close to reaching fever pitch.

Already, this week, we’ve covered rumours linking us with a plethora of names with the three articles linked to, below, illustrating the point perfectly – chelsea-appear-to-have-rivals-when-it-comes-to-interest-in-flying-forward – and – time-to-reveal-who-chelseas-real-striking-target-is-this-summer – and – chelsea-look-to-pull-off-the-transfer-deal-of-the-summer.

But, this morning, another name has been thrown into the mixer.

According to 90 Mins, Chelsea are now showing an interest in the Arsenal striker, Pierre-Emerick Aubameyang.

The Gabon international, now 30-years-of-age, is out of contract in 2021 and Arsenal are aware that they could lose the striker, on a free-transfer, if the impasse regarding a new deal continues.

Aubameyang, since arriving from Borussia Dortmund, in 2018, has hit the net regularly averaging a goal every other game.

But, here at Vital Chelsea, we’re a little concerned about his age and what the size of the fee would be, however, his experience, as Frank Lampard continues to develop his young side, could be invaluable.

However, is it a deal you’d offer your support to or should Chelsea look elsewhere?

One Reply to “Chelsea Linked With A Move For Arsenal Striker”